You are here:
PrevNext 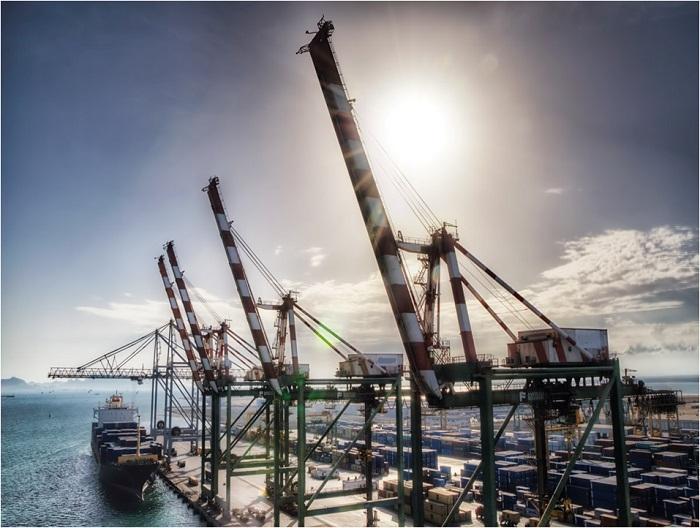 Aden Container Terminal was officially opened in 1999 ACT was succession by different worldwide container terminal operators since then.

Aden Container Terminal is part of the ancient Port of Aden, the natural deep water harbor strategically located in the Gulf of Aden and well connected with major trade routes. The harbor was first used between the 5th and 7th Centuries B.C. by the Kingdom of Awsan. Marco Polo and Ibn Batuta visited the port in the 11th and 12th Centuries.

In 1421, China’s Ming dynasty Yongle Emperor ordered principal envoys to convey an imperial edict with hats and robes to bestow on the king of Aden. The envoys boarded three treasure ships and set sail from Sumatra to the port of Aden.

In the 19th Century, Aden port was an important ship fuelling port for steamers. After the Suez Canal opened, the Aden Port became one of the busiest ship-bunkering, duty-free shopping, and trading ports in the world.

New quays were built in the 1980s to meet the demands of the changing marine trade industry and the Port had capacity to handle all types of dry cargo and modern containers.
In tune with the international maritime developments, the Aden port developed the container terminal in 1998 for handling domestic and transshipment containers with a capacity of handling 0.9 Million TEUs. The container terminal was privatized and was operated by PSA, OPM and DP World until 2012. Since September, 2012, the Aden Ports Development Company is managing and operating the container terminal.
The Aden Container Terminal was equipped with two berths of total length of 700m with alongside draft of 16m and 5 Post-panamax quay cranes and two Super-post Panamax quay cranes.

In view of the urgency matter to cover the port with security surveillance cameras, Aden Port Development Company requested Balfakih Security Solutions Company to conduct a study for a technical and security proposal to carry out the mission.

We have made multiple site survey for the port, sketched out the drawings and we made suggestions and recommendations , which in turn were presented as a tender between the qualified companies to carry out the project. We were also selected to implement the project, relying on Dahua Technology for both cameras and NVRs and Net Gear for network switches.

We’ve started the implementation of the project and we accepted all the challenges surrounding us from the difficult environment,high temperature, and very large areas with limited time , As beginning our engineers started the construction works , excavations and building inspection rooms and pols and then we moved to the fiber optic cabling because of the distance and to create a flexible and expandable infrastructure . We used NETGEAR switches which proved its quality in the industrial fields with a huge amount of data in the site, and then we started the process of internal extensions with high quality FTP cables, taking into consideration the backups of each end .

Then we installed and configured the recording devices, and a 4 Mega , 5 Mega , and 2 Mega fixed and PTZ cameras that has different lenses and different technologies such as Starlight that provided by Dahua Technology. and finally we have prepared the control room using the VMS system that has been provided by Dahua as well . The final result was very satisfactory .. The port securty preprations has been increased, which in turn improves the trust in the port as an international shipping line.

We thank both the technical and administrative staff of Aden Ports Development Company.

We thank both Dahua and NetGear for achieving another outstanding success together.