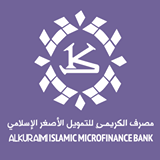 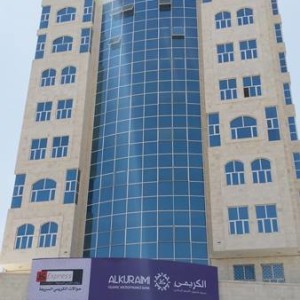 Alkuraimi Islamic Microfinance Bank is the biggest and the most prevalent bank in the Republic of Yemen. The bank plays a very active role in reinforcing country’s economic status in the field of savings, financing money transfer and currency exchanging in compliance with the Islamic rules. The previous video surveillance adopted in Alkuraimi Islamic Microfinance Bank was analog, which can no longer meet today’s requirement in monitoring — limited image resolution and easy to get interfered are the key weakness. Therefore, the Islamic Bank seeks for a system upgrading, which can not only provide crystal and clear images, but also flexible and scalable for future integration. The Islamic Bank set the bar quite high for the image quality, as was pointed out by the officer, they do not allow any detail missing, in other words, currencies, people’s faces, and staff operation should be easily recognized by system. The bidding competition was furious as well, there were in total 14 brands under selection, and Dahua was the only Chinese candidate. Each product has to be tested under a stimulated environment for several months to see whether it can fully satisfy the tough standards. The testing result was a surprise to the bank officials as they found that among the tested products, Dahua system was the most stable one, and the image was very clear with an excellent color reproduction; meanwhile, there was almost no delay in video capturing, which made the bank to adopt Dahua complete solution as the final decision. The solution includes cameras, storage devices and control management software offered by Balfakih Electronics & Security Solution, Dahua’s local distributor in Yemen. More than 97 branches that scattered around the country are applied with thousands of Dahua cameras and hundreds of NVRs. The main surveillance areas include entrances, lobbies, counters and vaults where have a high traffic or frequent transaction. Cameras installed are in multiple shapes and resolutions as the environment varies. For example, 1.3-megapixel WDR network dome cameras (IPC-HDBW3101) and 2-megapixel dome cameras (IPC-HDBW3200) are suitable for entrance surveillance as the WDR ones can not only render high quality images under strong lighting contrast, but also are enable to provide clear pictures in darkness thanks to its superb low light performance. Meanwhile, its IK10 rated vandal-proof ability can fully withstand viciousness attacks. For counter surveillance, bullet and box cameras are installed with a specified monitoring angle to regulate the operation and clearly capture customers’ behavior. Others products such as speed domes at different models, for example, eco-savvy series and 3-inch mini PTZ domes are adopted to have a wider surveillance area in an efficient way. As for outdoor surveillance, there are five large bank branches in Yemen are installed with Dahua 2-megapixel full HD IP positioning system (PTZ1182A-N), which has a powerful optical zoom up to 20x and support 200 meters IR distance, acting like a second defense to protect the perimeter. When it comes to storage, hundreds of 16-channel network video recorders (NVR5416-16P) and five network storage devices (ESS1504A) are provided to guarantee large volume storage under 7/24 surveillance. The whole system runs on Dahua Smart DSS (CMS software) to have a central control and management. “This is Dahua’s first high-end case in Yemen, and the Bank board didn’t hold an open attitude to Chinese brand,” said Hafidh Balfakih, Deputy Manager of the Balfakih for security Solutions. “They used to like some other UK & Korean brands, what changed their mind is after a series and rigid testing of Dahua’s NVR. The great performance shows its stability and quality.” “This project is one of the biggest projects of banks in Yemen, and the Alkuraimi is the largest banking network in Yemen,” said Steve Wang, Sales Manager of Middle East at Dahua Technology. “This project will be the example for the whole CCTV market in Yemen, and we believe the cooperation between Dahua and Balfakih will be mutual beneficial and long term friendly partnership.” This Project Success Story and Case Study Was published in several magazines that interested in the field of security and security surveillance